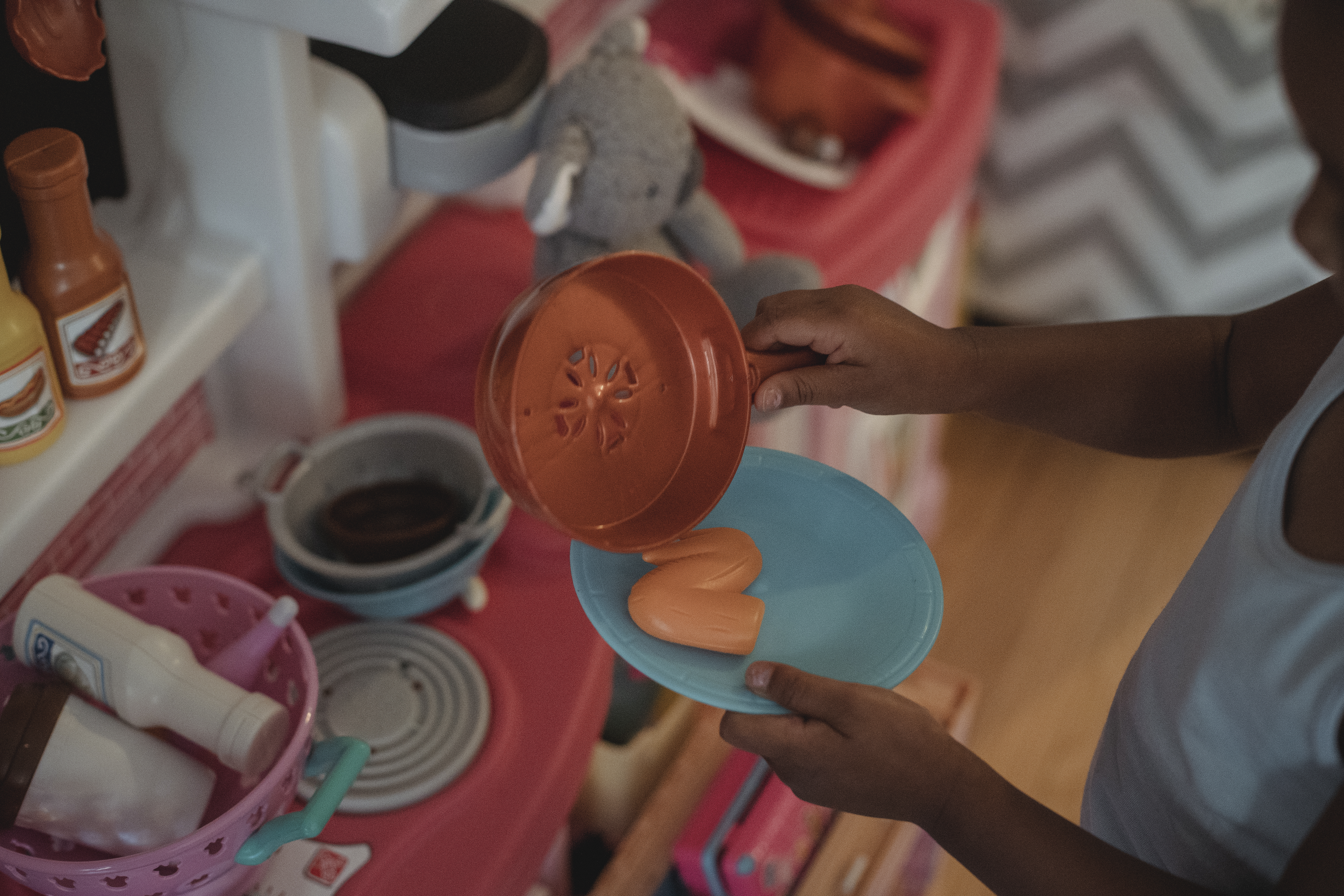 Tea Kelpies as they are known are a pair of towering horse heads, which were designed by Glasgow sculptor Andy Scott as part of a canal renovation near Glasgow. The monuments were intentionally designed with the industrial aesthetics of Glasgow and Falkirk in central Scotland in mind, with structural columns and beams visible through the skin’s laser-riveted steel plates. The manes are represented as overlapping geometric steel slabs. Recently completed, the two structures will be illuminated both inside and out, to create a dazzling spectacle in hours of darkness.

Andy modeled his work after local Clydesdales horses. It is this theme of workhorses that captured Scott’s imagination and prompted the project.

This is the second part of a two-part interview with sculptor Andy Scott, who took time with me to discuss his sculpture towering over the Scottish countryside. Andy describes his technique.

I mentioned that there are very few artists throughout history who think on a grand scale like Andy does. I wondered if it must be a genetic gift.

Andy replied: “You know that many of my pieces may seem quite similar, but with each one that I am doing, I am pushing the technique a step further than where it was before. That play of light that comes, is very important to Por usually when i do these things i make a three dimensional linear drawing and then cover myself with the top part. Sometimes it would be easier to enclose it completely. But for me there is tremendous excitement and pleasure and the challenge of leaving parts of the sculpture exposed and completely transparent, it allows for that play of light, the way the atmosphere works with it, and other unexpected pleasures come as part of that.

“Also, if I’m honest, I think it lends itself to a kind of distinctive air of attractiveness, as it is very unusual. While it is by no means unique, it is a rather unusual technique to use.

I mentioned to Andy that I read about how he had built two smaller models of his pieces that were transported to Chicago and displayed at a site overlooking Lake Michigan last year. Andy explained, “They’re not in Chicago anymore. They moved to Purdue University in Indiana. Judy Jacobi asked me if she could have them for a while and I was delighted to say yes.”

“We are taking them there in August. Purdue will be hosting those sculptures until next March, and then in March, they’ll be on display at Bryant Park in New York City. So it’s a tremendous thrill to not only have them at Purdue, but how You know, it’s a very rural and very open area, so seeing the equine statues sitting there will create a beautiful view in front of the main campus building. The next place is almost the exact opposite: sitting in the middle of a big city. buildings. Looking forward to it. It will be a challenge in some ways, but a great opportunity to show them off.

“To get back to mechanics, I made two sets of models. The ones in the States now are the second of the two. They were the ones that were enlarged to be the full-size objects for construction here in Scotland.

“From day one I was allied with some fantastic engineers. One in particular, a guy named Nick Cooper, is an absolute genius. He told me that my goal should not be to worry about engineering, but to make it pure in terms of sculpture. His work it consisted of doing everything possible to affect or not harm or deviate from my artistic intent. It was an amazing scenario to have. It ended up costing considerably more than it could have cost, but the engineers were incredibly adept at following my vision of doing these things as well. more sculptural and equine possible.

“So it was quite a lengthy process. The mockups were meticulously scanned using advanced laser scanners. It was very high-tech, they used a ‘James Bond’ apparatus. I’m afraid I don’t know much about the technique. They traced every piece of steel and created a three-dimensional computer model. A system of a tubular steel internal frame and a stainless steel skin liner. That took many months and was an incredibly meticulous and painstaking process. Atkins took me to their offices several times to work on them and working on some of the details of the sculpture, so I was able to prevent the vision of the sculpture from being diluted by the engineering process, which often happens.

“The interesting thing about the Kelpies is that they each have about eighteen thousand components. No two components are the same, so there is no duplication in any of the Kelpies, so you can imagine the challenge that would be not just for the engineers in the first place, but also for the steel fabricators and the other involved fabrication specialists.

“Sometimes I think it would be better to leave the sculpture without the skin, as the internal frame is a pleasure to behold. It is amazing. I have to say that the manufacturing company, the company that installs the steel structure, SH Steel Fabrication & Cladding did an amazing job translating those engineering drawings into the structure you can now see. “

He had read that the Kelpies’ initial plan was for them to act as a counterweight to the new lock and thus go up and down as the lock opened and closed. I asked Andy to explain how it was going to work. But then he corrected me as he explained, “The Kelpies were originally intended to move over the scroll lock as a counterweight. Unfortunately, with design evolution, the Kelpies sit on the extension of the Forth and Clyde canal. The Kelpies are actually a gateway on both sides of a new lock. Originally, the idea was that the mass of The Kelpies would act as a counterweight for the new lock. The volume of water in the canal changed and it became apparent that the original counterweight The idea would not work. After considerable debate, we decided to remove the movement, as it would be a purely theatrical expense and was not really necessary. As part of the change, we had to go back to one of the major funders of the project. I am happy to say that he did not mind the change. They were absolutely in love with the sculptures themselves. The idea of ​​movement was secondary anyway, so they were not bothered by any particulars. ularly the change. attention to the internal part of the sculpture to make the interior space within each piece more accessible and open for the public to visit.

“We are currently working with architects to find a suitable internal space or exhibition venue. That in itself has been a very interesting part of the project. Some people would like to see it as a paid entry space. But for some of my colleagues involved In the project and I, it’s much more about the sanctity of the art, about making sure people can see the actual effort and structure and the incredible views inside, as it’s really phenomenal. I’m happy to say that part is going really well. There is always a way to find a happy compromise between these aspirations. So that’s where we are right now. It’s taking shape very well. I think they will start the architectural part in the next two years. Months.

“We are almost complete now. The completion ceremony, the actual completion of the ‘skin’, so to speak, is scheduled for November 27. That’s when it will be officially done. However, the actual opening to the public won ‘It will be. until April 19. The reason is that there is still a lot of landscaping, canal lock finishing, lighting and hard surfaces to be finished. We are building a visitor center with a cafeteria. There are a number of elements yet to be completed. finish that it is peripheral to The Kelpies, but we cannot allow the public to enter the site until those elements are complete.

“Plus you really don’t want to visit these sites in the Scottish winter. It’s always best to have the opening when there is a reasonable chance of good weather.”

Then I asked Andy how such a large project was financed, either with public or private funds. Andy replied, “It’s public, but from a variety of different sources. The National Lottery had an initiative called ‘Living Places of Interest’ and, together with my clients, Scottish Canals and the Falkirk Council, they applied to the Places Project. interest alive around six years. They were successful. Ultimately, the ‘Big Lottery Fund’ as it was called (the national lottery in the UK) awarded the largest amount ever awarded to the country, which was 25 million pounds (over $ 40 million US). It was later topped off by various other sources, such as various councils and other local governments. The maximum sum at the end was around forty-nine million pounds (almost $ 80 million US dollars). I hasten to add that the Kelpies are only a small part of the Kelpies are located in a new park that was built, called Helix. This was a fantastic landscaped park of 300 hectares (740 ac res) with trees and bike lanes. They even built a little beach and a lagoon which is absolutely amazing, so the Kelpies are really, it’s just one part of that environmental regeneration program. “

At the conclusion of our interview, I asked Andy about his family. Andy is fifty years old and married to the lovely Hanneke Scott-van Wel, who is an architect originally from the Netherlands. They currently have no children, just an adorable Hungarian Vizsla dog named Cobus and a crazy cat named Dido.