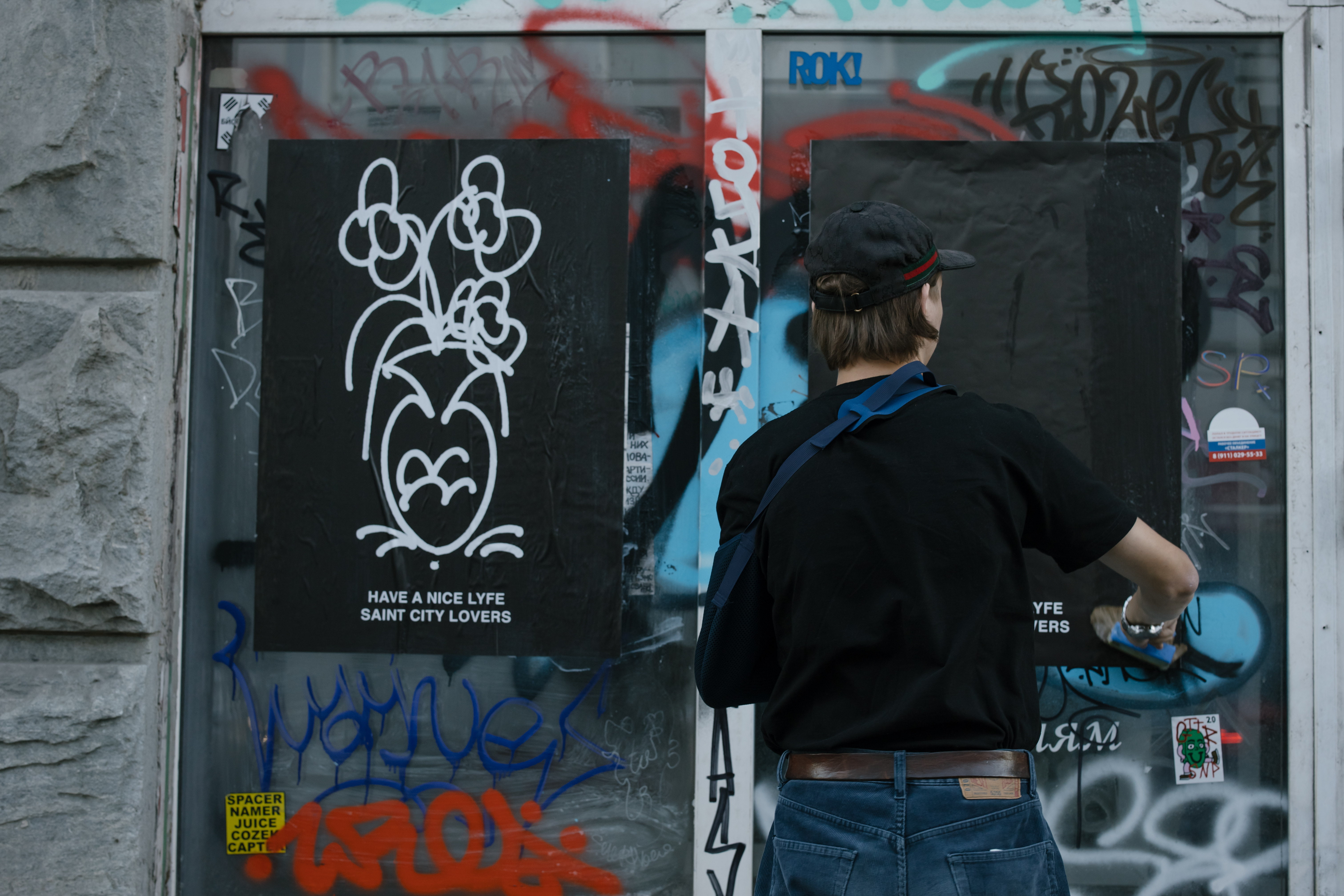 In his essay entitled “Misery and splendor of translation”, published for the first time in 1937 in the newspaper La Nación of Buenos Aires, José Ortega y Gasset said that translating “is undoubtedly a utopia”, which according to him is due to that “human efforts are unfeasible. The destiny -privilege and honor- of man is never to achieve what he sets out to do and to be pure simulation, a living utopia. defeat and before getting into the fight he already has a wounded temple. This is what what happens in this modest job that is to translate. In the intellectual order there is no more humble task. However, it ends up being exorbitant.”

Throughout his erudite essay, however, he comes increasingly to the conclusion that translating is not only possible, but represents a very important task because thanks to it a “transmigration” takes place in the reader towards and in the foreign author who is reading, even “using a rather irritating device,” as he puts it.

In fact, we know that the work of the translator is a very complex occupation. To make a living we usually start by translating commercial, legal, technical and scientific texts. Bearing in mind that more or less the same “sui generis” terminology is used in most Western languages, as Ortega y Gasset also found in his essay, such translations are more feasible when the authors master the grammar of their own language. , a The matter, as translators also know, is truly exceptional. However, every translator wants to venture into the literary field and, once he has tried his luck in this specialty, any other type of work is of no interest to him. Although it will be necessary to continue struggling with technical manuals, commercial documents and legal contracts to earn our daily bread, although sometimes they are interesting and we learn a lot from them, I do not know of any other intellectual satisfaction more gratifying in our profession than returning to a text literary, to know its author, to the effort to get to the bottom of the deepest meaning of its words, and express it clearly in our own language without undermining or distorting its original concepts.

It is generally held that a translator should only translate into his mother tongue. We speak of a “source language”, which is the foreign language from which we translate, and a “target language”, which is our own language, into which we translate the foreign text. In fact, people who speak only their own language, especially when they have academic studies, tend to perfectly master their mother tongue; they know its most hidden secrets, its variants and the different nuances that a word can express depending on the context in which it is used. They acquire the foreign language at school or university, but usually do not master it actively, but can only understand it passively, which allows them to read specialized books that they need to consult. People who study a foreign language thoroughly and master it in depth are very few, except in the case that they want to become foreign language teachers or… translators! These are trained as bilingual professionals, whose command of their own language must be perfect. They must also have that deep knowledge of the “language of origin”. This is a “conditio sine qua non” for the translator because otherwise he could never achieve a reliable version in his mother tongue.

I would like to quote Ortega y Gasset again. He says that the “theologian Schleiermacher, in his essay ‘On the different methods of translating’ states that the version is a movement that can be tried in two opposite directions: either the author is brought into the language of the reader or the reader is brought into the author’s language. According to Ortega y Gasset, “only when we take the reader out of his linguistic habits and force him to move within those of the author, there is a real translation:” According to him, only a translation of Plato’s work is really faithful, and that is precisely Schleiermacher’s, “because he deliberately renounced to make a translation that is beautiful…”, but kept all the elements that make up the Platonic style to make a truthful version. Therefore, the translation must be complete and as accurate and faithful as possible, even if it sounds ugly.

No doubt Ortega y Gasset’s statement that a translation must be primarily complete and correct, but necessarily ugly because it aims to lead the reader into the author’s language, remains more or less valid to this day when it comes to translations of ancient Greek and Roman authors, precisely as is true for scientific and technical texts that have to be precise, but they don’t need to be beautiful. In the translations of classical Greek and Roman authors, a geographical and temporal transmigration occurs because the reader must go back in time and imagine the environment and culture of those peoples to understand their life and their endeavors. They are very removed from our current life and efforts, which makes it a bit difficult for us to understand.

However, a translation does not necessarily have to be ugly from the literary point of view as it would have to be if it were done in the direction of the movement that Schleiermacher wants to give it. On the contrary, it is possible to make correct translations that also show great beauty in expressing the author’s ideas with the utmost fidelity and, at the same time, adapting them in their form to the “target language”.

In the history of languages ​​there are several examples of great translations that have been considered models of correction in their respective languages. One of them is Martin Luther’s translation of the Bible into German. Certainly there have been translations of the Bible prior to his (after 1466 there were already fourteen High German translations, and after 1480, three Low German versions). But those translations were based on the Latin Vulgate and not on the original Hebrew and Greek texts. The latter became accessible thanks to the truly unique philological feat of Erasmus of Rotterdam, who in 1516 published the original Greek text of the New Testament. This text served as a source for Martin Luther, who began to translate some Psalms in 1517. In 1522 the first version of the New Testament in German was published; in 1523 the Old Testament was printed and finally, in 1534, after a great philological effort, the whole work was completed. Thus, Martin Luther accomplished a work of great importance because, so to speak, he first had to create the language he needed for his German Bible.

He managed to combine objective accuracy with internal religious richness and popular speech. Luther wanted above all that it be understandable to ordinary people. “You have to ask the mother in her house, the children in the neighboring streets, the common man in the market square and look at their mouths to see how they speak, and then interpret them based on that. they can understand us and realize that one is speaking to them in German”. These are Luther’s own words (Sendbrief von Dolmetschen = Message on Interpreting, 1530). He liked to express himself in a very graphic way. On the one hand, he was familiar with the religious language of mysticism and the rhythm of the humanist style and, on the other hand, he found in the written and legal language of the central-eastern German territory the most understandable phonetics at the time Germany, which was divided into multiple dialects. , his remarkable linguistic talent and his deep understanding of living spoken language that is born naturally, has a rich psychological content and reaches directly to the heart of the reader, had an enormous influence on the success of his work.Thus, his intimate union with the people, his deep religious feeling, his instinct for the precise word and the suggestive force of expression gave rise to this biblical language of Martin Luther that became the based on Modern High German.

The case of the English translation of the Holy Scriptures known as the “King James Version” is very similar. Although it was not the first book in English proper because that honor is reserved for Chaucer’s Canterbury Tales, the translation of the Bible was commissioned in 1611 by King James from the best English scholars, who also translated directly from the Greek originals and Hebrews.

Another notable example of a correct and also literary beautiful translation is the translation of Shakespeare’s works into German by AW Schlegel and Ludwig Tieck during the 19th century. According to German experts, this version is even more beautiful than the English original.

When working on the translation of classic books, from those that separate us one or more centuries in time, it is common to have to face some problems when adapting these works to our present time. Thus, for example, when translating Goethe’s Werther into Spanish, I had to resolve a dilemma: Should I use a language closer to the times in which German history was written in Spanish, or was it more convenient to express his thoughts? in modern Spanish? After careful consideration, I decided to focus on the intended readership of this book. In this particular case it was an inexpensive edition, intended for wide circulation, and therefore the somewhat archaic language might have been too difficult for a large number of readers to understand. Thus, I decided not to use a refined and very academic language, but a very correct modern language, but in no way colloquial.

As a conclusion we can see that translation is a demanding art and profession, not just a banal occupation accessible to anyone who believes they can translate simply because they read a foreign language fluently. It is no accident that really good translators have been very few in the history of mankind.